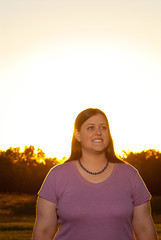 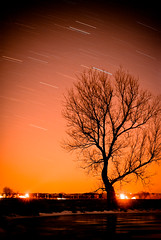 We shot some star trails last night, this is my favorite shot of the bunch. 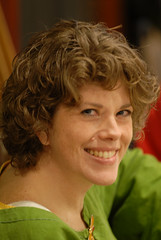 My pics from Queen's Prize are posted, http://www.flickr.com/photos/hroller

Looking for some more models, I'm going to spend the next year shooting a breast cancer awareness project and I need more breasts. They would be topless but anonymous, if you wanna participate bring something, a teddy bear, a hat, a tutu... whatever. I'm looking for models of all sizes and shapes, men and women (guys can get breast cancer too!). Shoot me a message if you're interested and I'll give you details

My Day at Work
Originally uploaded by Mad Viking Productions
OMFG I haven't laughed that hard in a while... maybe someday I'll do one of ALL the silly ass faces I can think of.

Look at it large, then check the original... i like this. ;) 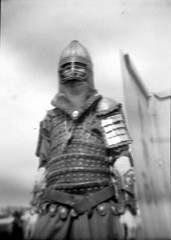 Hah, you can do anything with The GIMP.

Took this picture at Estrella War of Lady Kalisa Martel, AKA Hammer with my Holga 120. I developed the film this morning and when I hung it to dry I grabbed my Nikon D200, took a picture of the negative, downloaded it to the computer, fired of The Gimp, used the perspective tool to tweak it a little since the picture wasn't taken perfectly in plane with the negative, inverted the colors and hit the greyscale button. Some level adjustment and uploaded to Flickr.

Some of the fuzziness is my method, some of it is the Holga itself (hey, it takes awesome pics for a plastic $30 camera) but I will be getting this one printed for sure! I'll likely send these negatives to Cricks in KC but I'm going to check and see if the lab at school is open for me, if so I'll do my own printing eventually too.

Yes, I will be shooting some 120 medium format goodness this weekend.

It's 6:30am and I finally got to bed after midnight last night so this is just a quick run down...

Had a blast. I got cracked 3-4 times with REALLY hard face thrusts as did several of the other guys, Halvdan got knocked completely off his feet with one though so in retrospect mine were plumb friendly. I couldn't kill anyone the first day with spear but Shadowheart let me borrow his 7ft polearm and that worked much better. (7ft because it had to fit in a ski bag)

Didn't do much partying at night, Estrella gets COLD and I can't take the cold as well anymore between the old age and mileage it makes me HURT.

Waterbearing was sort of a clusterfuck but per usual our Fourth Company had it sorted in no time. I'd been killed in one battle and the demarcation lines showing where unarmored people could go were pretty fuzzy so our waterbearers were hanging back and unsure if they could get closer to water some of the people in back of the fighting but dead and just sort of standing around watching so I put my hat and gloves on and took water out to the Army. It being one of the keep battles I went all the way to the front line watering people which is always fun. ;)

Amba had an awesome war and did herself proud, Mar was at his first War and did very well for himself. Them Grimfellons raise their young right. :)

I fought one res of a resurrection battle scutum & fishbat which was fun and made a few people do a double take. :)

Ok, time to shower and get breakfast so I can get to work.

Anyone else notice how PETA wants animals to be treated ethically but they use sex to sell their message? I fucking hate PETA.
Collapse